Ssince launching in 2018, it’s been smooth sailing for Sea Of Thieves. The last four years have seen Rare’s multiplayer pirate adventure become bigger and bolder: the game’s player count has only increased since launch, and updates – including last year’s huge Pirates Of The Caribbean crossover – have steadily become more ambitious.

This week, Sea Of Thieves will release one of the game’s biggest updates yet: Captaincy, which will let players own and customize their own ship from decking to decoration. Speaking to NME, Sea Of Thieves lead designer Shelley Preston and creative director Mike Chapman explain that Captaincy’s in-depth customization options have been a long time coming.

“It was always a question of when, rather than if, we’d add something like Captaincy,” says Chapman. “It’s probably one of – if not the – most community-requested features that we’ve had in Sea Of Thieves over the years. It makes perfect sense! The idea of ​​being your own captain, with a ship reflecting all the things you’ve uniquely done in the game…it just makes sense. We’ve scratched a very deep itch for some of the player base by adding Captaincy – and for us as well! It’s something we’ve always wanted to add.”

As Chapman touches on, the Captaincy update is filled with major features that have been requested for years – yet for Preston, who’s spent Captaincy’s development naming ships after her cat Isabella, part of the update’s charm is in the little things. Players who purchase a ship will find that getting into a scrap or sailing through particularly stormy seas will cause lasting cosmetic damage that carries between sessions – and even worse, it will knock your carefully-placed decorations askew.

The decision to include this, Preston says, is to give players a “sense of permanence” on their travels. “It’s a very quintessentially Sea Of Thieves thing, the fact that they’re knocked out of place. It’s slightly unexpected but funny kind of touch that we do […] Damage is something that is unique to you and your adventure. If you set fire to your ship – only at the front, and then you caught it at the front before it spread any further – you’ll go in next [session] and see that charring on the hull. That sense of permanence was key to making that ship feel like it really is continuing on between your adventures.”

“It’s one of those small details that’d be so easy not to do, but it just feels so Sea Of Thieves,” adds Chapman. “We love that stuff on the design team – it’s the stuff that you don’t have to do, but that’s what makes it special. It’s that little touch of magic that makes it feel like Sea Of Thieves, but we always look at features that are way beyond the core functionality: how can we make someone laugh? How can we make these little stories between players?”

As the pair explained, the idea of ​​Captaincy has been floating around for a while. However, Chapman says that it took time for the Sea Of Thieves‘ sandbox to “evolve” to a point where in-depth role-playing could slot into the world naturally. 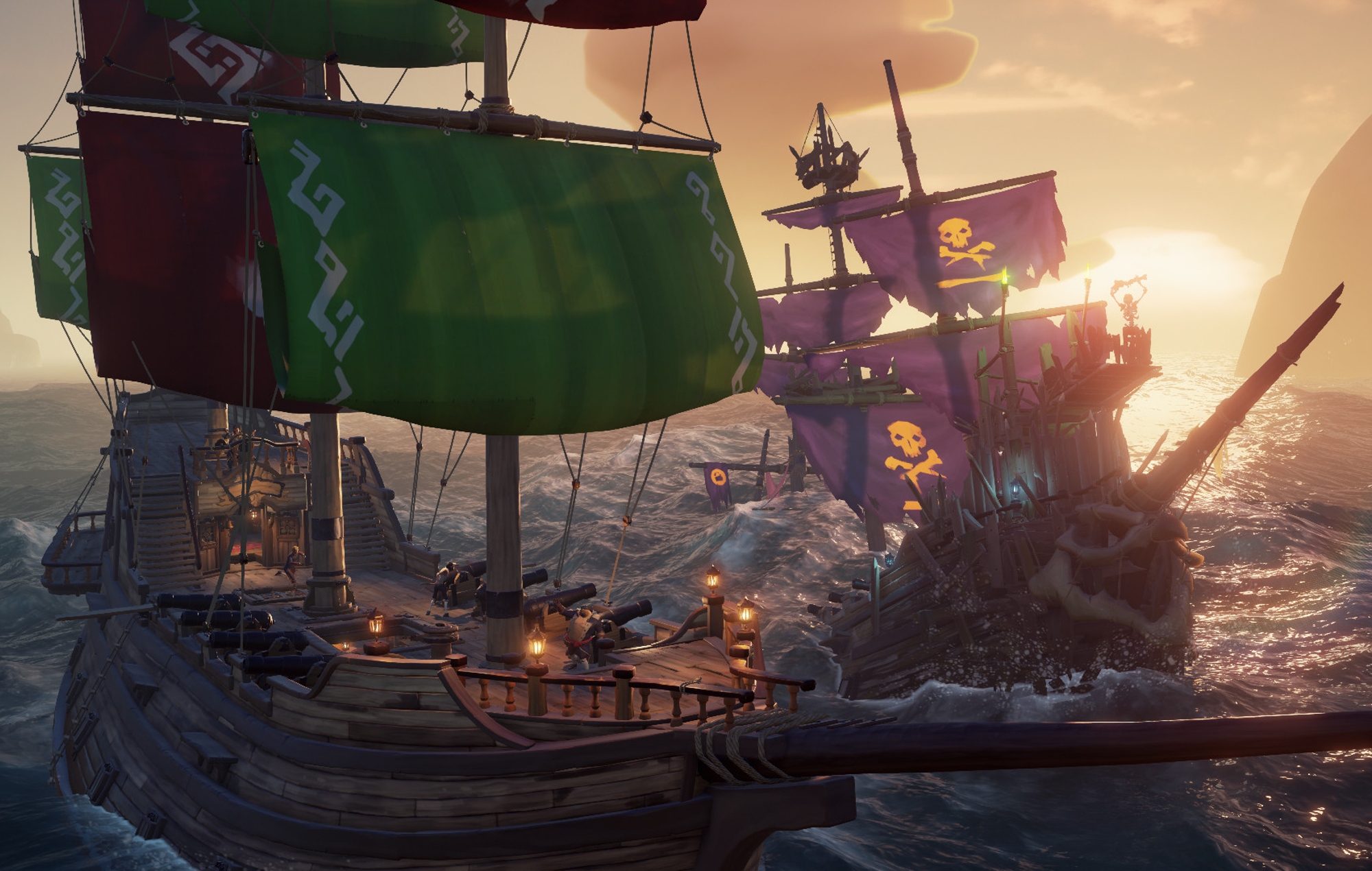 “A lot of the discussion over the last few years has been: what are we going after this year? What are the big ambitious things we’re going to go after? Is the timing right for Captaincy? Captaincy became a thing for this year because of where Sea Of Thieves has got to in terms of the breadth of the experience – there’s so many different ways to play Sea Of Thievesso many different motivations and ways that your session can play out differently now.”

“It just felt the time was right to do that really deep version of Captaincy where the ship starts to become less of a way of moving around the world, and more of your home in the world,” continues Chapman. “I think we’re going to see some very different ships based on the way that people want to represent themselves in the world.”

“There would never have been a better time for us to have done Captaincy, even though it’s something we always wanted to do,” adds Preston. “Because of all that stuff we’ve got in the game with that breadth of the sandbox, we were able to create this really deep system where you can invest in these different playstyles and represent yourself through that. If you look at the ambition of Captaincy, it’s standing on the shoulders of everything we’ve created before it – that helps with us being able to make those more ambitious calls.”

Although many of Captaincy’s customization options were long-requested, Preston says that the team wanted to go beyond just fulfilling fans’ expectations.

“Way before we launched, we wanted to build this game alongside a community,” says Preston, who explains that Rare wanted to “embrace” Sea Of Thieves‘ playerbase and act on feedback. “Sometimes, that means trying to look beyond exactly what people are saying and looking for how we can still surprise and delight! That’s quite exciting as a design team as well, because we have to use our creativity to figure out what the right answers are for us and Sea Of Thieves.”

Like Preston, Chapman is passionate about the game’s “incredible community,” and says that a recent Sea Of Thieves Fest “blew my mind”:

“It was a testament to the living, breathing community that we’ve been able to build with this game,” says Chapman, who admits he may have shed a tear during Sea Of Thieves Fest’s closing sea shanty. “It’s not that it adds pressure to the things that we do, but it brings into sharp focus that it’s a world we’ve created which so many people find solace in. I think Captaincy’s going to absolutely blow their minds in terms of how it enriches the Sea Of Thieves experience.”

“The main thing is most of us have worked on this game for so long, and because it’s this experience that plays differently each time, the developers are as excited as our players to keep creating these new experiences in the game,” continues Chapman. “Our players will come to us and say ‘you’ve got no idea what this game means to me’, but it’s exactly the way we see it – it’s like a home from home for so many of us on the team, so I think we’ve got that in common with our community: we love the world as much as they do.”

Looking ahead, Chapman says that Rare plans to do “more things that players have been asking for,” but teases that “the really exciting ones are where we’re truly trying to surprise them.”

Preston adds that Sea Of Thieves‘ grounded setting – with a splash of “fantastic elements” – gives the team “a broad canvas as we look to the future,” which will include “more ways to roleplay within that world, more stories to create, and more ways to connect with people.”

Specifically, Chapman says that fans can expect “more narrative experiences, more things that enrich the world, new environments to explore, PvP updates, and PvP updates,” and adds that “the variety of things that we’ve got planned for Sea Of Thieves is as broad as ever” – a bold statement for a game that’s already got everything from Pirates Of The Caribbean that Monkey Island within.

Captaincy sails into Sea Of Thieves today (August 3) – and if you need a refresher on what’s being added, Rare’s latest sea shanty will do the trick.